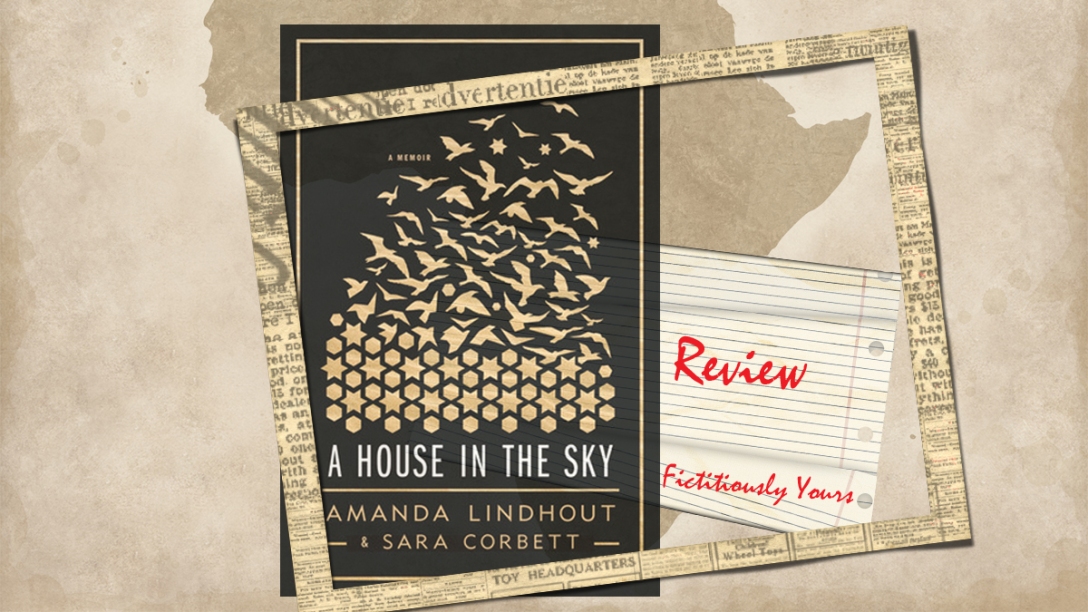 My ongoing quest for more educational, informative reading selections was met in the fall of last year by the memoir of Amanda Lindhout, who was kidnapped and held for ransom by Islamic insurgents in Somalia in the 2000s. Held for over a year along with a photographer from Australia whom she had been traveling with, A House in the Sky is Amanda’s account of the events that led up to her captivity and the elements that went into the harrowing experience.

From a small town north of Calgary, Amanda leaves an unstable and abusive home situation to find work as a cocktail waitress in the big city. Finding financial independence, she convinces her freewheeling musician boyfriend to accompany her on a trip to South America, fulfilling her childhood dream of international travel. There, she finds that her thirst for exploration has only been whetted more by the stories of the nomadic crowd of young people they meet on their trip, and a lifelong traveler is made.

Over the next few years, she bounces back and forth between waitressing and traveling, no sooner earning enough to go her next destination than she is on a flight across the globe to travel for up to months at a time. After a bit of this, she tries her hand at freelance journalism, trying to find a way to make her living while traveling so she doesn’t have to fall back on returning to cocktail waitressing in the intervals. It is the rough start at marketing herself as a journalist, with no experience or contacts, that leads her into more and more dangerous areas of the globe to find the story that will “make” her as a serious journalist.

Together with Nigel, a photographer that she had had a whirlwind romance with when they met on a previous journey, she crosses into Somalia, the place where even National Geographic journalists and photographers won’t go, to find her story and make her name. In a way, she did exactly that.

Now, leaving behind the summary for a moment, this book’s pacing is meandering at best, dragging at worst. What I have summarized so far is a solid third of the book, if not closer to half. Yet the book is marketed as the story of her captivity. So much of the beginning is spent in relaying detailed incidents from her childhood, family, and hometown that end up having little to no relevance to getting the story to where it needs to go. A quick summary of her home environment, together with her propensity for buying second hand National Geographics, would have done the trick in about one chapter or less. Even the tales of the first few years of her travels are gone into at much more length than necessary for getting the point across—yes, go into more detail on her first trip because it’s how she got into traveling, then summarize the other trips until she meets Nigel, has an affair with him, breaks up, etcetera, etcetera. Then we are primed for her foray into Somalia, talking Nigel into rejoining her on the adventure after a lengthy separation. By a quarter into the book at the absolute most, we should be in Somalia already.

Once in Somalia, it moves along with closer to breakneck speed as Amanda and Nigel don’t even make it to their first story location before being hijacked on the road by an insurgent group to be held for ransom. What is supposed to be an issue of a few weeks turns to days, weeks, months, as the demands far outpace the abilities of the abductees’ families and governments to meet. The initial seeming friendliness and sympathy of some of their captors turns to frustration and resentment as the issue has dragged not only the captives but also their captors from their respective families. The language issues, cultural mismatches, and religious barriers, sometimes mitigated by efforts from both sides, eventually build up into a truly horrific experience especially for Amanda while waiting for the diminishing hope of rescue.

More on the “writerly” side of things that bothered me about the book’s construction, the titular “House in the Sky” is portrayed in the blurb as an imaginative refuge for Amanda throughout her captivity. Now, as a fiction reader and writer, I would think this should be teased back in the beginning about her childhood, but (seeing almost none of the information given about her childhood was relevant in the end) I didn’t really expect it to be. I was however surprised the longer I read with no mention of anything remotely resembling an imaginary house in the sky to be inferred. The most opaque reference could be drawn from the repetition of the titles that Amanda and Nigel gave to the various “houses” they were moved around to throughout their year and half ordeal, but that would be a completely gratuitous credit to give to the thematic coherence of the book; it’s not as though the comparison is directly drawn anywhere in the narrative. I know this, because after not having read anything for so long about a house, sky, or any combination thereof, I was watching for it to appear. Of course the “house in the sky” concept is eventually stated, because they had to have gotten their title from somewhere, however obscure, but it is so late as to be almost an afterthought.

Is this petty and peripheral to the meaning of the story? Kind of, but it is built up as a significant element of Amanda’s experience and one that isn’t delivered on. And that’s part of what feeds back into the pacing of the book: not delivering on what is promised. Once the captivity is finally over, this life-altering period of time, and Amanda is freed (no spoilers: it’s a memoir, you knew she got out), the book ends pages later, summarizing much of the aftermath as though the residual effects and what Amanda is doing now isn’t a relevant part of the story: as though it isn’t in fact the main part of what we hung with her all this time to see. The book is incredibly front loaded with unnecessary information, and then the ending is rushed to the point of being dismissive.

Which is unfortunate, because the story about her experience in Somalia, the climate of the country, the ingrained beliefs of their captors, the people they encountered or observed, the entirety of the deprivation and torture, along with the daily terror the inhabitants of the country live with—it’s all fascinating, heartbreaking, angering, and I did learn quite a bit about the Somali reality as she viewed it through this time. It would have been great if it had been followed up with a bit more reflection and some account of the intervening years (the book was written about five years after her return), just to fully let the impact of the captivity, the lost 15 months, and the fact of her regained freedom sink in. On the technical side, at least it would have helped balance out the pacing—or they could have cut the majority of the beginning. Either/or.

All in all, I am glad I read it and definitely don’t want to minimize anything she went through, or trivialize the experience. I was challenged to think about some new things and learned quite a bit I hadn’t before considered about not only foreign travel but also the way westerners are looked on as foreigners to different cultures. However, I was left thinking that the presentation of the book, while initially written in an interesting enough way to be engaging, seriously dampened the effect that it had overall.

If you don’t mind a slow, sedate read that begins like a travel blog only to morph into a harrowing account of kidnapping and terror, this memoir recorded by Amanda of her experience is a powerful and eye-opening one about reality in the war-torn country of Somalia and the precarious, often futile, reality of hostage negotiation.